Gordon M. Johnson (D-Bergen) was elected by the people of the 37th Legislative District of Bergen County to the New Jersey State General Assembly in 2001.  As part of the General Assembly Leadership, Assemblyman Johnson serves in the position of Speaker Pro Tempore.  He is Chair of the Assembly Commerce and Economic Development Committee, Member of the Judiciary Committee, member of the Budget Committee and is a former member of the New Jersey Public Safety Communications Commission.  Previously, he served as Deputy Speaker and the Majority Conference Leader, both leadership posts in the New Jersey State Assembly.  From 2006-2011 Assemblyman Johnson served as Chair of the Assembly Law and Public Safety Committee.

In 1999, he was appointed Undersheriff of Bergen County.  He subsequently became Sheriff from January 18, 2001 through January 1, 2002.  In the days following September 11th, 2001, Sheriff Johnson served as commander of the force assisting the Port Authority Police securing the George Washington Bridge as part Bergen County's response to the terrorist attacks.  When the newly elected Sheriff took office, Gordon Johnson was asked to continue with the Bergen County Sheriff’s Department as Undersheriff, responsible for the Bergen County Jail.

Assemblyman Johnson retired with the rank of Major from the United States Army Reserve in 2000.  He is highly decorated and holds the National Defense Service Medal, Bronze Star, Meritorious Service Medal, Southwest Asia Service Medal, NATO Service Medal, Kuwait Liberation Medal and many more.  In 1990, Assemblyman Johnson served in Operation Desert Storm, where he was responsible for two Convoy Support Centers in the Saudi Arabian Desert.  In 1996, he was deployed to Germany in support of Operation Joint Endeavor where he was part of a team that coordinated the activities and missions of the Civil Affairs units stationed in Bosnia.

Gordon M. Johnson was raised in Englewood, New Jersey.  He has served twenty-four years with the Englewood Police Department, attaining the rank of Patrol Sergeant.  He is also experienced in labor relations and has served as President of the State P.B.A. Supervisory Officers Association-Local #216.

Assemblyman Johnson graduated from St. Thomas Aquinas College in Sparkill, New York with a B.S. in Social Science and holds a Masters Degree in Administration and Supervision from Seton Hall University.  In addition, he is a graduate of the United States Army Command and General Staff College in Fort Leavenworth, Kansas. 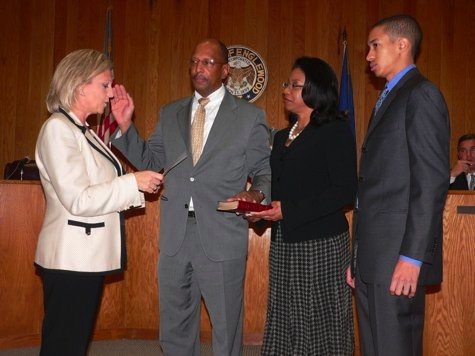 He was a member of delegations visiting Germany, South Korea, Turkey, Taiwan, and Yunnan Province of China.

Assemblyman Gordon M. Johnson lives in Englewood with his wife Jacqueline.  He has a daughter, Stephanie and two sons Brandon and Stephen. 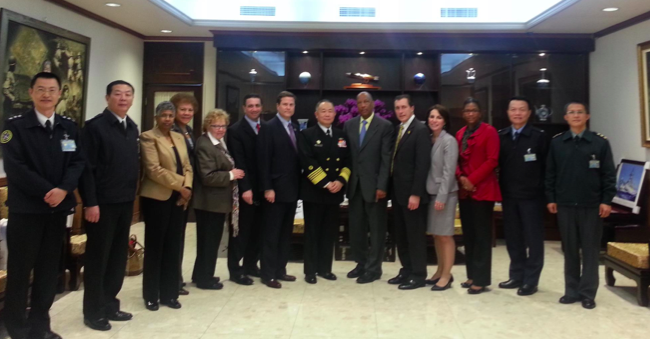