It’s with tremendous appreciation that I say thank you to the voters of District 37 for their support.  As we start a new term in Trenton, it has never been more important to use our voices to continue fighting to improve the quality of life for our hard-working families.  With a renewed commitment, I will keep working to re-invigorate our state’s economy to create quality jobs and to enrich economic opportunity in our community. 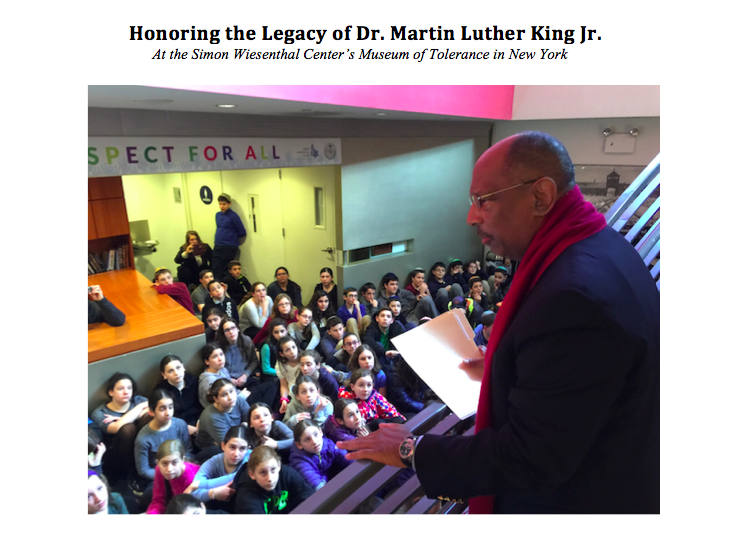 This month, we celebrate African-American History Month. We pay tribute to our community’s robust heritage defined by accomplishment and progress. It’s a time when we reflect on the sacrifice, hard work and the success of those who came before us and those who continue to inspire us today!

Standing with Englewood’s Moriah School and teaching the next generation the importance of tolerance and acceptance is a true celebration of our diversity and the memory of Dr. Martin Luther King Jr. It is imperative that we teach these critical lessons to tomorrow’s leaders; seeing the Moriah School dedicated to such ends gives me inspiration for our collective future. Thank you to Englewood City Councilman Michael Cohen and the Moriah School for the invitation.

As we start the new 217th legislative session, my work in Trenton is in full swing. My efforts are focused on needed economic growth, job creation, and gun safety measures in New Jersey. These bills represent the ideals of what a legislative body should strive to be, some are bipartisan, but all represent my fight to keep improving the quality of life for the residents of our district.

Assembly Bill A1413- provides for law enforcement officials to be notified when a person applies to the court to have a mental health record expunged for the purposes of purchasing a firearm.

Prospective purchasers who were formerly committed to a mental institution, but who have since recovered and now seek to legally purchase a firearm, may be found ineligible due to a mental health record.

Persons with a mental health record who are recovered, substantially improved, or in substantial remission, may apply to the court to have that record expunged. Law enforcement officials currently are not involved in the determination of whether a mental health record of a prospective firearms purchaser should be expunged. Since law enforcement officials may be aware of information which is not readily accessible to the court, such as pending charges, the purchaser’s criminal history, or any aberrant behavior within the community, this bill authorizes law enforcement participation in this determination.

This important bill passed the assembly 74-0 and 38-0 in the Senate. The Governor conditionally vetoed this bill. There’s no reason we can’t implement this law, close the loopholes and also address the Governors related proposals. I will be working with my Assembly colleagues to ensure that this bill becomes law.

Assemblyman Gordon M. Johnson will re-introduce legislation to expand the state's jurisdiction to prosecute crimes involving endangering the welfare of a child from New Jersey that take place outside the state.

The bill was prompted by the recent state Supreme Court case of State v. Sumulikoski that determined that New Jersey courts do not have jurisdiction to prosecute school officials from Bergen County who were chaperones on a school trip to Germany where they allegedly engaged in sexual conduct with students.

As a state, we have a responsibility to ensure that adults who assume the responsibility of caring for a child from New Jersey are held accountable. This bill would make sure they are subject to prosecution if unlawful sexual conduct occurs, regardless of where this conduct took place.

Gordon M. Johnson was elected by the people of the 37th District of Bergen County, to the New Jersey State General Assembly in 2001. Assemblyman Johnson serves in the position of Deputy Speaker. He is the Chair of the Commerce and Economic Development Committee, Vice-Chair of the Judiciary Committee, member of the Budget Committee.