Increasing access to higher education and job training that leads to a high-paying job - is a top priority.  As a member of the Assembly Budget Committee, I’m standing up to administration’s budget proposal that would cut New Jersey’s Educational Opportunity Funds by more than 6%.  EOF programs are an important lifeline for our students pursuing the dream of earning a degree.  These essential programs bring tutoring, counseling and vital support to students and families who are facing economic hardship.   The future of a community and the success of our children should not be defined by current financial difficulty.  This generation and the next, hold the promise of what is possible in New Jersey, we cannot let them down! 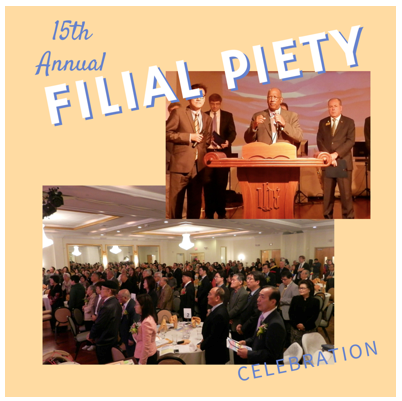 It was an honor to join the Korean American Senior Citizen's Association of NJ and participate in the 15th Annual Filial Piety Celebration in Palisades Park this month!  With reverence and respect we paid tribute to the success and work of our elders and commended the honorees for their service to our community.

In May, I joined the Health Professionals & Allied Employees, of local 5091 in Woodcliff Lake to discuss the future of Bergen Regional Medical Center with Senator Loretta Weinberg, Assemblyman Timothy Eustace and Bergen County Executive Jim Tedesco.  As a former Bergen County Sheriff, I’ve seen first hand the important role Bergen Regional plays as a safety net in our community.  The future of Bergen Regional Medical Center needs to be secure, transparent, and accountable to an elevated and newly defined standard. 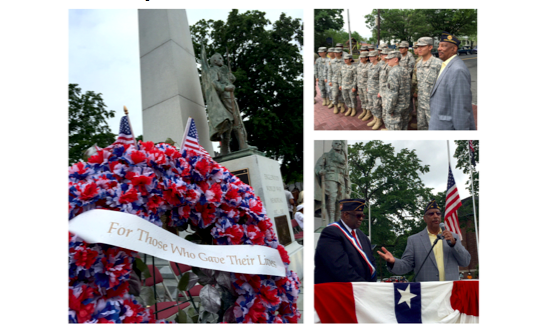 Memorial Day is day of remembrance, a solemn time to honor our fallen service men and woman.  In Hackensack, I spoke at a ceremony held at the USS Ling.  In Englewood, I was proud to stand with my former unit, the 250th Brigade Support Battalion. We congratulated Parade Grand Marshall Frederick Johnson and commemorated those who paid the ultimate sacrifice, with the reading of the Honor Roll.  We ended the day in Teaneck where Memorial Day services were followed by the Cedar Lane family festival.

This resolution, which I sponsored, respectfully urges the President and the Congress of the United States to enact S.2137, the “Military Family Stability Act.”

The federal bill S.2137, called the “Military Family Stability Act,” would allow military family members to move to a new location either six months before or after the service member’s start date.  The federal bill would allow military family members to receive, for up to six months, a housing allowance based on their current location while the service member would receive housing compensation or be provided with temporary unaccompanied housing at the new location.  The “Military Stability Act” would reduce the demands of military service on members of the Armed Forces and their families.

This bill expands the rights of crime victims to include the right to allow certain non-victims to make an in-person statement at sentencing.  The bill also allows victims to provide testimony at certain post adjudication hearings.

Under current law, victims of crimes have the right to make, prior to sentencing, an in-person statement directly to the sentencing court concerning the impact of the crime.  This bill expands this right to give the court discretion to permit a non-victim to make a statement at sentencing if the court finds the non-victim has been in a close personal relationship with the victim or in the case of homicide, the survivor of the victim.

The bill also permits victims of sexual assault and homicide survivors to be present at certain post adjudication hearings.  The bill is currently in the Assembly Law and Public Safety Committee.

I stand with the people of Orlando and the LGBTQ community. I extend my deepest condolences and condemn this senseless act of violence and terror. We must continue the work to end gun violence and always stand up to hate and terror in whatever form it takes.

As we remember the victims of this horrific mass shooting, we have to take steps to end gun violence.  As elected officials we must protect the health, safety, and well being of the citizenry.