On behalf of District 37, I would like to send all who celebrate, warm wishes for a happy and healthy Rosh Hashanah, a good New Year!  During this High Holiday season in October, I extended to all who observed Yom Kippur, my wishes for an easy and meaningful fast. 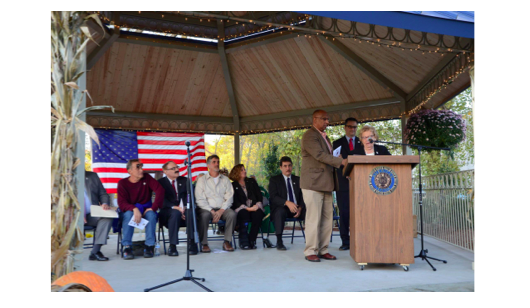 Celebrating the 100th Anniversary of the borough was a time to come together to honor the proud history and traditions that have defined the Northvale community.  To commemorate the centennial celebration, Senator Loretta Weinberg and I presented, Northvale Mayor Ed Piehler, with a ceremonial resolution on behalf of the State of New Jersey.  We were also joined by, Bergen County Clerk John S. Hogan, who helped dedicate the Centennial Gazebo at Hogan Park that will be enjoyed by all for generations to come!

As your Assemblyman, I am committed to woman’s health and funding organizations that are standing up to Cancer.  Early detection, quality treatment and increasing funding to make sure research continues at the highest levels, are major priorities.  On Oct. 30th, the Englewood Hospital and Medical Center Foundation will host their annual Walk for Awareness 2016.  Come out and fight breast cancer in our community. 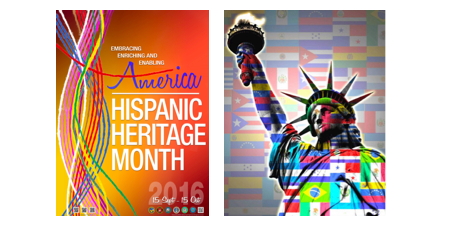 National Hispanic Heritage Month is an important recognition and celebration of the rich culture and heritage of our Latino and Hispanic Community.  Held during September 15th to October 15th we recognize the success and strong contributions of a community that has enriched the fabric of our American story.

I have always believed that access to higher education is a significant step towards achieving the American Dream.  I was proud to sponsor the Tuition Equality Act that became law, which allows our undocumented New Jersey students the ability to attend our State colleges and universities at in-state rates.  In New Jersey pursing the American Dream should be the right of every student.

By funding the Transportation Trust Fund, we put NJ’s workers back on the job repairing and building our State’s critical infrastructure and transportation systems.  These funds bring the promise of Bergen light rail closer to our district and will be used to fix roads like Route 4 in Teaneck and our local bridges. This will not only improve the quality of life in our neighborhood, but will allow our commuters to spend less time on the road.  With greater efficiency, productivity, and safety, these infrastructure projects will help grow our local economy.

Your District 37 legislators share a commitment that the Transportation Trust Fund will be used to fund projects like the Bergen light rail extension. This project will create jobs and generate economic opportunity by increasing access to our businesses districts, while reducing bus and auto traffic on our roads.

October 3rd marked the South Korean holiday of Gaecheonjeol, the legendary founding of Gojoseon dating back to 2333 BC.  In celebration of the occasion, I was honored to be invited to speak, and join Consul General of the Republic of Korea, Mr. Gheewhan Kim, at a reception in New York commemorating the event.

On Tuesday, November 8th, I will proudly cast my vote for Hillary Clinton and our local Democratic candidates.  If we get out the vote, if we stand together, November 8th will be a history-making day. By simply voting, we can end the bigotry, frustration, and bitterness that has touched our national politics.  Looking forward, Secretary Clinton will need us to support her by voting for our State and local democrats.  I’m with her.

Voting is an inalienable right of every U.S. Citizen. It should not matter where they are at the time of the election as long as they hold residency in the state they should be allowed to register to vote and vote by absentee ballot.

This legislation is intended to expand voting rights for overseas residents, especially military personnel. The bill expands the definition of "overseas voter" to expressly include legally recognized partners of military service personnel, voters born outside of the United States, and overseas voters with a residence in New Jersey.

The bill also permits an overseas voter to use the federal write-in absentee ballot to vote, to register to vote, and to request an overseas ballot for all elections held in the state. Under current law, such ballots can be used to vote only in elections for federal offices. The bill now goes to the Governor for further consideration.

Individual arbitration clauses are being placed into a soaring number of consumer and employment contracts. This is done as a way to circumvent the courts and bar people from joining together in class-action lawsuits, a tool citizens have, to fight illegal or deceitful business practices.

This bill would prohibit a State agency from entering into a contract or agreement with any business that requires any person or public entity, as a condition of doing business, to give up any right or remedy provided by the laws of this State.