We Are Running Together in 2019 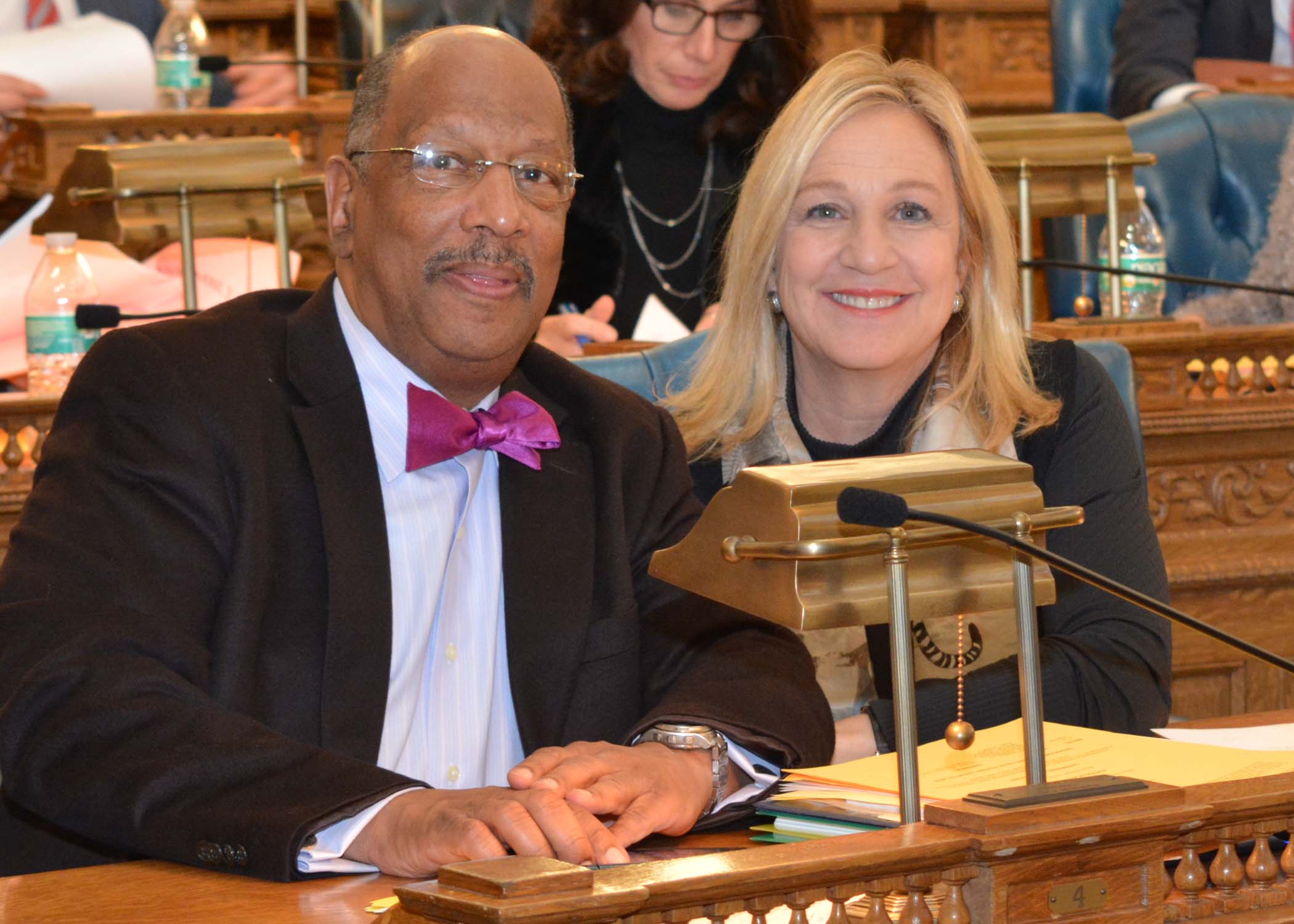 Assemblyman Gordon M. Johnson and Assemblywoman Valerie Vainieri Huttle announced that they are running together in 2019 to continue their fight to improve the quality of life for the working families they are proud to represent.

Their record of accomplishment is highlighted by groundbreaking legislation sponsored and signed into law including: raising the minimum wage, equal pay, paid sick leave, funding for women’s healthcare, gun-safety reforms, expanding protections for the LGBTQ community, and added security funding to ensure our schools and neighborhoods are safe.

The legislators have the support of Democratic elected officials in the 37th District as well as thousands of grassroots Democrats, progressive activists, and voters in every town they represent.

Together, they renew a commitment of service to the residents of District 37. Whether it is increasing economic opportunity to help reinvigorate New Jersey’s economy, or bringing urgent oversight reforms to NJ Transit to keep our commuters safe and on time, Johnson and Huttle will never back away from tackling the biggest challenges facing our state. 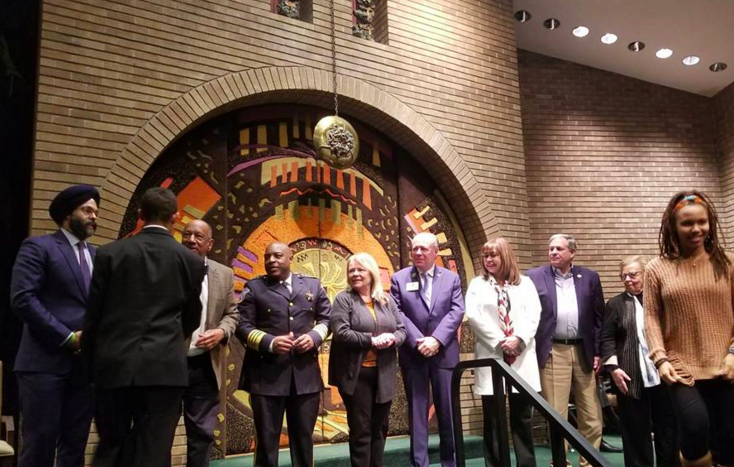 In January, New Jersey Attorney General Gurbir Grewal, Bergen County and local leaders and I joined the congregation of Temple Emeth in Teaneck, to honor the legacy and to celebrate the 90th birthday of Dr. Martin Luther King Jr. February is Black History Month, an annual commemoration of the historical achievements of African-Americans.

It is a time to celebrate the African-American community who, because of their numerous and significant contributions, have made the world a better place for all.

This Power Plant is a Bad Deal for NJ

New Jersey stands at a crossroads. As a state, we have committed to making our grid 100% renewable by 2050. We have agreed to reduce our carbon emissions under RGGI. Earlier this year, we joined the United States Climate Alliance, joining other states in their commitment to abide by the Paris Agreement.

This power plant is bad for the Meadowlands, and a bad deal for New Jersey. It sends the power out of State, and leaves us, the residents of New Jersey with all the pollution and health consequences that go with it. Senator Weinberg and Assemblyman Johnson are with you: Let’s stop this now. 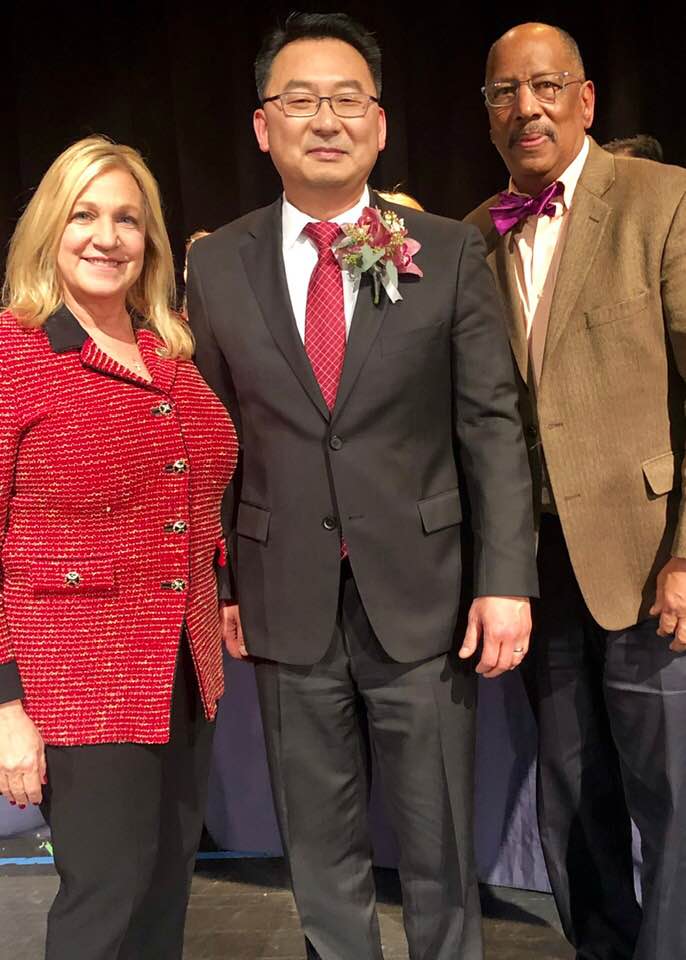 We were honored to join Governor Phil Murphy in swearing-in Palisades Park’s new Mayor, the Hon. Christopher Chung. It was an historic evening as we welcomed the first Korean-American Mayor in Bergen County. We thank Mayor Chung for his dedication and service, he has our complete confidence and we look forward to working together in the days ahead.

I was proud to Co-Sponsor of A-15, an important new law that will gradually and fairly raises the minimum wage to $15.00 per hour, providing further increases in the minimum wage beyond what is required by the state constitution:

· Increases the state's tipped minimum wage from $2.13 to $5.13 over a period of 5 years beginning January 2019. It has been two and half decades since the last tipped wage increase.

· Establishes the "Task Force on Wages and State Benefits" to annually report about the impact of the minimum wage on eligibility for state services and benefits and the impact working families.

· Establishes a Training Wage As of, January 1, 2020, the bill would establish a training wage of not less than 90% of the minimum wage for the first 120 hours to be paid to an employee enrolled in a qualified training program.

I applaud Bergen County’s decision to suspend plans to relocate the dinosaur park to area II of Overpeck Park. Whether it’s fighting to protect open space, holding polluters accountable, or fostering a green economy that creates jobs in off-shore wind, solar, and hydrogen; in District 37 our commitment to the environment is resolute.

County Executive Tedesco made the right call to scrap the plan and maintain area II as open space. I also thank the local activists and community leaders who joined the effort to make a compelling case to preserve open space in Bergen County.