In February, we recognize the accomplishments of the African-American community across the United States and right here in New Jersey.

Black History Month is our time to attempt to calculate the limitless contributions that the black community has made and continues to make to the vitality, and promise of our great nation.

We must remain focused on the goals of peace, harmony, tolerance and inclusion for everyone and maintain the same level of determination shown by those organizing the Montgomery Bus Boycott or facing down police at the Edmund Pettus Bridge. 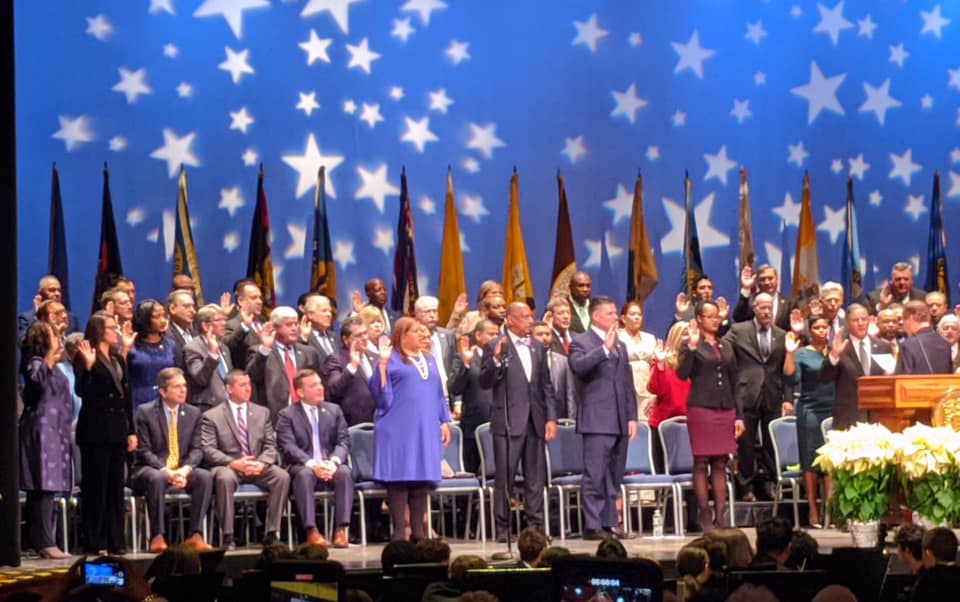 It was a tremendous honor to join my colleagues at the organization of the 219th General Assembly of the State of New Jersey.

As we stand together in Trenton, we are committed to fighting for our hardworking middle-class families to ensure that everyone in district 37 and across New Jersey has access to housing, education, and healthcare to reach that which we call the American Dream.

We are focused on continuing to grow our New Jersey economy by supporting new sectors that lead to high-quality, good-paying jobs.

Thank you for the opportunity to serve as your Assemblyman in District 37, I will be your voice in Trenton, and my door is always open.

We gathered together to march in Englewood and honor Dr. King’s legacy at Temple Emeth in Teaneck.

With purpose and unity each step propels us - with hope and determination we renew a commitment to Dr. King’s legacy and the goals of the civil rights movement.

As we march our collective strength will keep us moving forward, working together to build lasting and harmonious connections that take us step by step, closer to realizing Dr. King’s dream.

As we honor the life and legacy of Dr. Martin Luther King Jr. we must share his enduring message of peace, equality, and social justice. As we celebrate what would have been his 91st birthday, let’s continue to work together to make his dream a reality for all of us.

“I have decided to stick with love. Hate is too great a burden to bear.” - Dr. Martin Luther King Jr.

Standing Up to Hate and anti-Semitism

Like all of you, I was shocked and disturbed by the vicious, anti-Semitic stabbing in Monsey, and anti- Semitic terrorism in Jersey City.

The anti-Semitic violence in Jersey City and Monsey should be deeply troubling to all Americans. I stand with the Jewish community against the forces of hate and bigotry.

With a collective voice our message is clear: This community stands united against hate and anti-Semitism. In District 37, we will be vocal in our advocacy - we will continue to make the case for security funding in the Statehouse. Following these attacks we passed a million dollars in additional funding to increase security as part of the Nonprofit Security Grant Pilot Program.

We cannot permit anyone to be targeted because of their faith in our great State.  It is unacceptable. 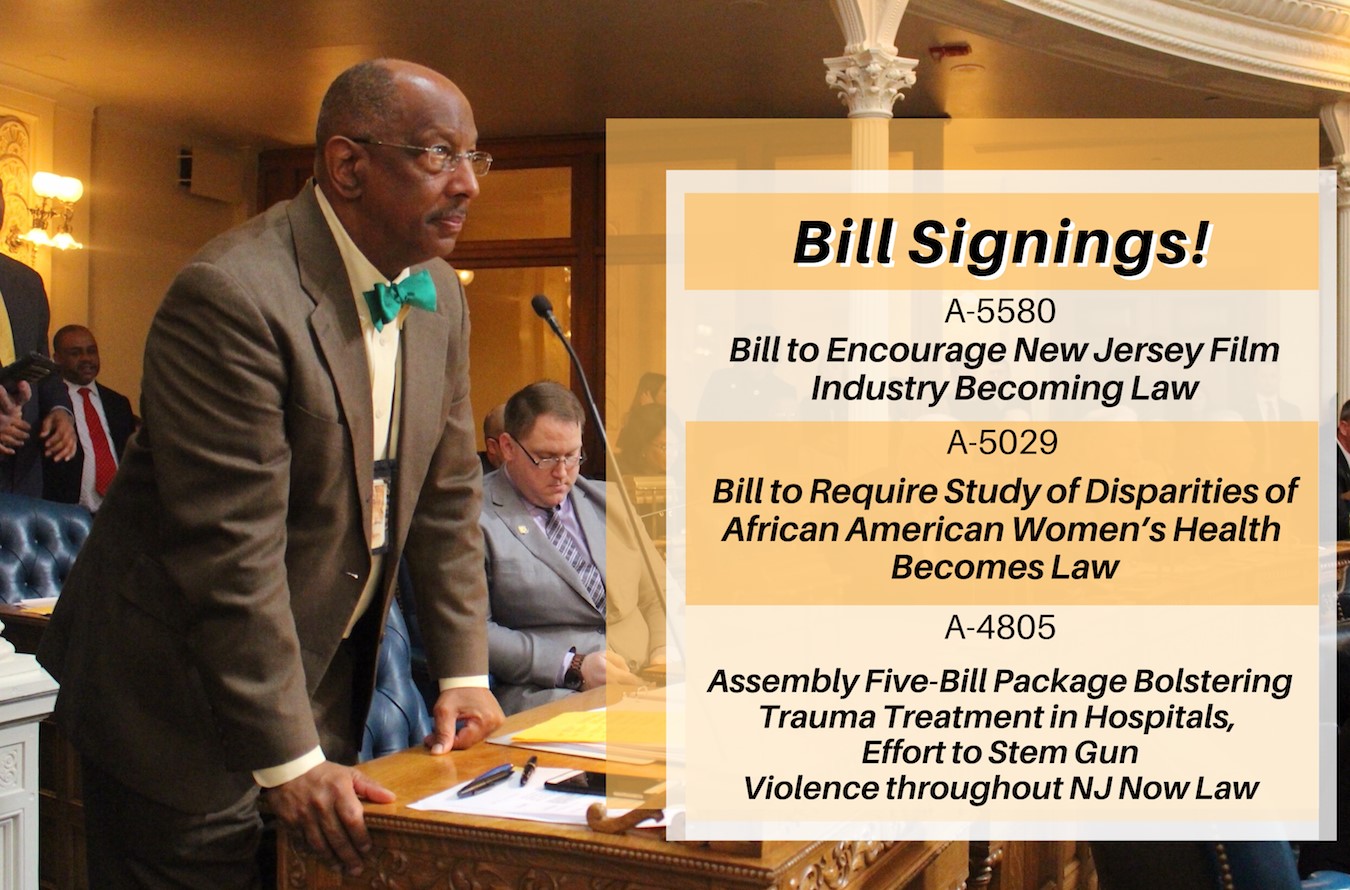 “In recent years, we incentivized production companies to film in our state, in order to generate more jobs and revenue throughout New Jersey. Those efforts have been successful in bringing many creative projects to the state.

“As such, we must now offer those companies the consistency and stability they need to film long-term projects that can span over the course of several years, such as successful TV shows that stay on air for multiple seasons. This law will help maintain the helpful benefits our state receives from these projects by encouraging companies to continue filming them here.”

In response to the announcement of Planned Parenthood pulling out of Title X due to the limitations placed on their services under the Trump Administration’s “gag rule,” legislation to provide additional support for centers dealing with the loss of federal funding was signed into law by Governor Phil Murphy.

“We in New Jersey understand the importance of access to care; that’s why the Legislature restored funding for family planning and women’s health services in the State budget in the past two fiscal years,” said Johnson (D-Bergen). “We must keep fighting for equal access to healthcare for all women, starting with ensuring Planned Parenthood and other providers have the tools they need to continue providing quality care.”

“For the third straight year in 2018, officer deaths by suicide outnumbered those who died in the line of duty in our country,” said Johnson (D-Bergen). “An estimated 159 officers took their own lives last year, compared to the 145 who died in the line of duty. Those numbers are staggering and heartbreaking. We must do all we can to prevent these tragedies, beginning with ensuring the right people are trained to address troubling situations.”