In January we celebrated his 86th Birthday, and took time to remember the legacy of Dr. Martin Luther King Jr.  We recalled the struggle for civil rights, for racial equality, and his peaceful, non-violent work of civil disobedience.  Guided by faith, Dr. King stood up to injustice by leading a movement that included marching, demonstrating, sit-ins and boycotts.  The movement was a courageous sacrifice by so many, which advanced the issue of racial equality in our Country, a conversation that is still unfinished to this day.  We came together to honor Dr. King’s legacy at the Society of African Missions in Tenafly, New Jersey. 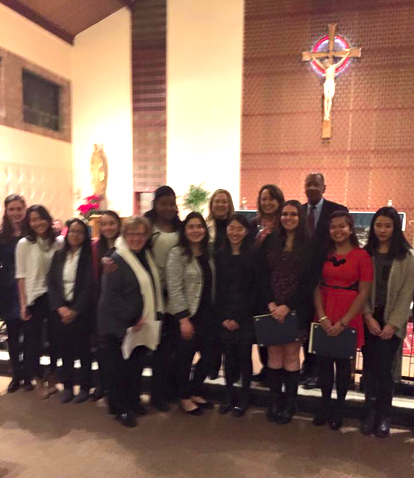 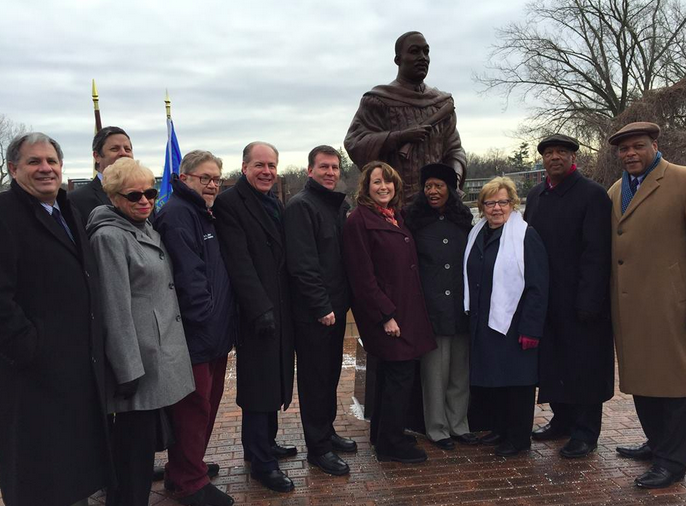 This month is Black History Month, which is an annual commemoration of the struggles, achievements and contributions of African-Americans in our Country.  Transformational figures, such as Rosa Parks, Dr. King and Booker T. Washington are remembered for their significant achievements that changed not only the African-American community, but the entire world.

As a former Bergen County Sheriff, I was the first African-American to hold a countywide office.  That “first” would not have been possible without the sacrifices made by Dr. King and others that came before me.  Inspiring breakthroughs are also taking place on the federal level. Recently, my colleague Bonnie Watson Colman made history in New Jersey, becoming the first woman of color to join New Jersey’s Congressional delegation.  Locally, in the City of Englewood, the City Council named Leslie Rene Adams to be the next Municipal Court Judge, a first in Bergen County (pictured below). 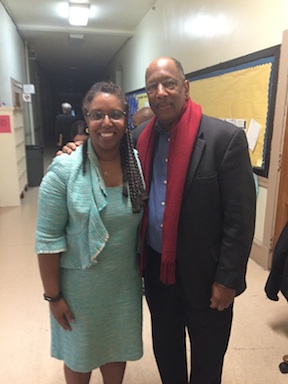 These are exciting "firsts" which I know are just the beginning. I reflect on the work ahead for justice and equality, knowing the work of civil rights, jobs, and opportunity is still a struggle for many in New Jersey and across the Country.  I am struck by the compassion that guided Dr. King’s work, the movement, and the hope he had for a more just society.
In Trenton, I have sponsored an important legislative package to enhance oversight of military equipment issued to local law enforcement agencies by the federal government. This program, commonly known as the “1033 program”, transfers surplus military equipment from the department of defense to local communities. The two-bill package received final legislative approval in January and is currently awaiting action by the governor. MORE.

This year I sponsored legislation to reform New Jersey's expungement laws. These bills would allow for the automatic expungement applications, and create a commission to study whether expungements of convictions should be automatic and whether the expungement of multiple offenses should be allowed. Putting your life back together after being incarcerated can take time.  It can take even longer with a criminal record looming over you.  It is a greater benefit to society when these individuals are able to put their past behind them and lead better, more productive lives.

Legislation I sponsored to promote and improve oral health in New Jersey, especially among young children, was advanced by an Assembly panel.  Poor oral health can lead to so many other health problems, so it's important that we as a state join in a collaborative effort to combat this problem, Hopefully these efforts will lead to better oral hygiene at a young age, putting our residents on a path to a lifetime of better overall health.

Looking ahead our attention will focus on the State budget process. Our priorities will be to find ways to make New Jersey more affordable for the middle class, protect our seniors, and continue the fight for veterans, quality education and public health.
Do you like this post?
Tweet
Vote By Mail Voter Registration Take Action!